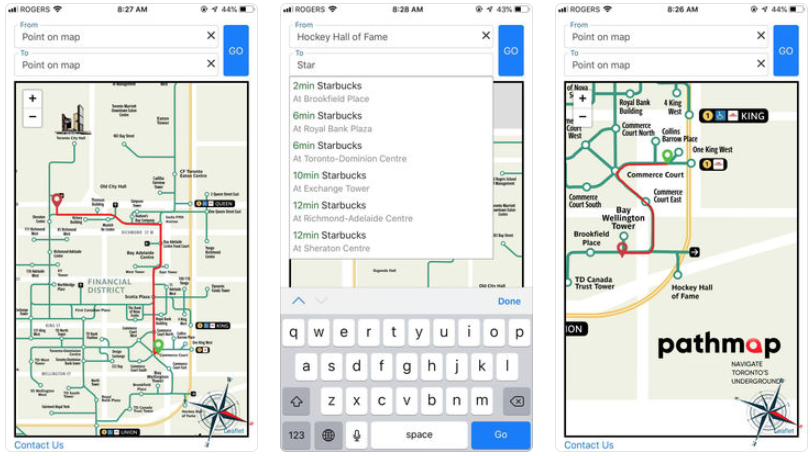 The mobile apps come with new features beyond the original web app release, according to Rotberg. There are new and improved maps which load faster and are easier to read, while there’s a new compass which helps users navigate their orientation and direction, within the underground labyrinth.

Also new are improved search of business names—with suggestions—while the estimation of walking distance is now also included. When users click on a map image, they can now select ‘To’ and ‘From’ to make for quick navigating instructions.

As for future improvements planned—depending on available funding—Pathmap will let users add or change businesses and also have a list of ‘favourite places’, plus also improve location services to locate users, plus expand the PATH map to include South of Union Station routes.

The Toronto PATH network is an underground pedestrian network which has 30 kilometres of shops, services and more, used by over 200,000 people daily. But there are no official apps to help navigate PATH from the City of Toronto, yet.