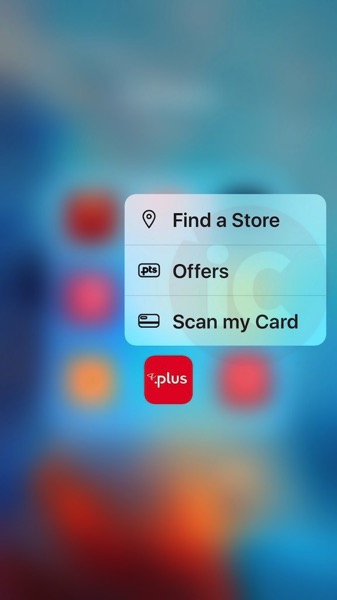 Also new is a widget for Notification Center’s Today view, adding yet another shortcut for quicker access to your rewards card. Other notes in the app’s update says there are performance improvements as well.

Loblaws released PC Plus for iPhone nearly three years ago, as a way for customers to easily collect rewards points and also make shopping easier while in-store on their iPhone. Currently, the app is featured in the App Store under ‘Our Recommendations’, as it has been “Enhanced for 3D Touch”.

Click here to download PC Plus for iPhone in the App Store—there’s an Apple Watch app too.