Ping, an all new email app for iPhone set to launch on September 18th, promises to make email itself more useful by adding a set of features that are particularly new to email. According to The Verge, Ping offers features like snoozes, push notifications, search, a separate place for newsletters like in Gmail, a wait list and chat bubbles instead of traditional email messages. 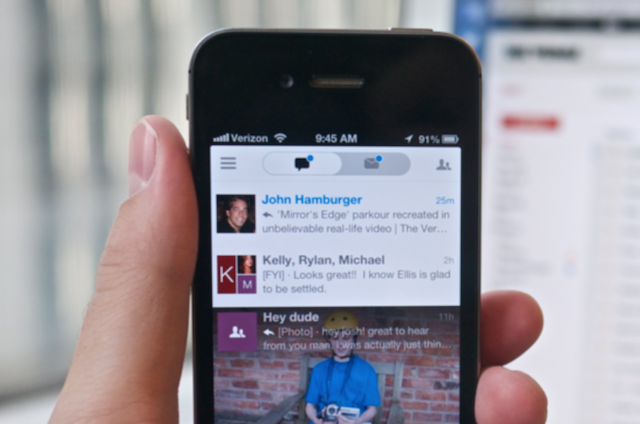 The app aims to pick up where Mailbox left off in transforming the email experience. For instance, it introduces an iMessage-like feature where an email exchange can essentially become a chat session between two users. One user can see when the other is typing, and emails appear instantly on one end or the other. Messages are sent instantly, whereas with email, you have to wait a few minutes while corresponding with a friend or colleague. When you check your email later, Ping has turned your IMs into emails as if you had been emailing the whole time.

“You might mistake Ping for an instant messaging app, and that’s by design. Ping fuses email and IM in a fascinating and useful new way. If you’re emailing with a non-Ping user, the app is essentially an email client. If you’re both on Ping, though, that’s when things get interesting: the app automatically switches you into instant messaging mode. There are read receipts, typing indicators, and a variety of attachments you can send (like doodles).”

The source notes that while Ping’s IM-to-email functionality isn’t always reliable, it does however feel like “as much of a revelation as iMessage” upon first trying it.