Pixelmator for iPhone Coming, iPad App Goes on Sale for 50% Off 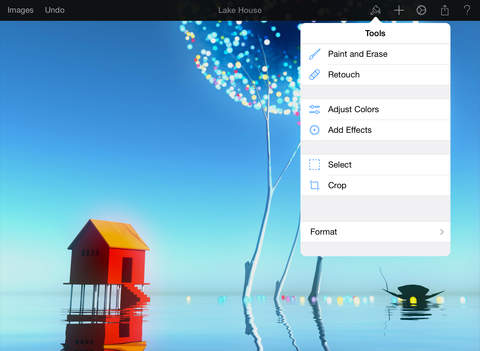 Pixelmator, the popular image editing app, will soon launch on the iPhone, the developers announced today. It started as a Mac app, but the Pixelmator team quickly rolled out an iPad app — in October 2014.

After the successful launch on the iPad, the team is porting the app on the iPhone. The good news is that it won’t retail as a separate app. If you have the iPad version, you will get it automatically for the iPhone as soon as it launches.

Pixelmator is normally priced at $10 for the iPad but is currently on sale to celebrate the forthcoming iPhone version, so you can get it for half price.

Alongside the iPhone version, the forthcoming update will also include new Distort Tools — powered by Apple’s Metal technology.

Pixelmator for iPhone from Pixelmator Team on Vimeo.