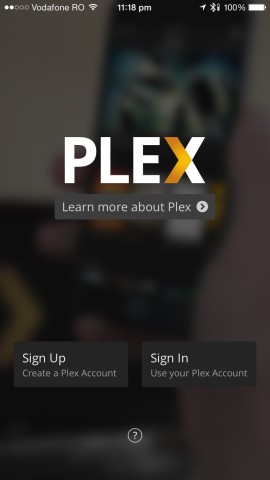 Plex, the popular media service today announced a major update of its iOS app. Rewritten from scratch, the new app is compatible with iOS 8.1 or higher and requires the most recent version of Plex Media Server.

The new Plex for iOS brings support for rich media browsing, meaning you can explore similar movies, browse other movies with the same director or starring actors, and get recommendations. It also includes Rotten Tomatoes movie ratings, and the developers promise to include reviews as well in a future update.

The latest Plex app incorporates a nice chapters feature, which allows users to read the chapter information of their media files and if they don’t have it, the app will automatically fetch them from the ChapterDb site. It also incorporates Plex’s new Sync v2 technology, which brings faster sync and adds support for partial sync.

FREE FUNCTIONALITY:
• Unlimited casting of photos and videos from the Camera Roll on your phone or tablet to Plex apps on Roku, Chromecast, Android TV, Fire TV, and Plex Home Theater
• Unlimited casting of any media on your Plex Media Server
Remote control your big screen Plex Apps such as Roku, Plex Home Theater, Android TV, and more
• LIMITATION: Playing media from your Plex Media Server on the device running this app is limited (one minute for music and video, watermark on photos) until the app is unlocked

Plex for iOS is available for free, but upgrading to full functionality is done via in-app purchase or using a Plex Pass enabled account. Download Plex from the App Store [download link].