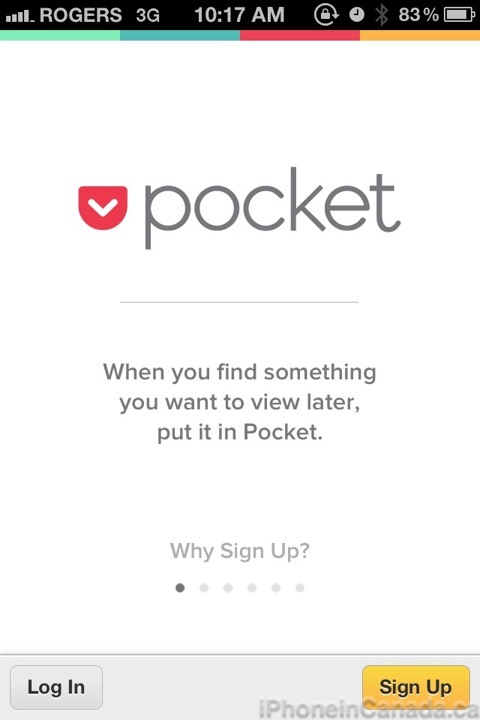 Most of us are using Pocket because it is a great tool for saving what you find on the web for later reading, but nobody knows the story of a startup whose business model is to create a new verb: save. The Verge has decided to find out and share it.


Pocket started as a side project back in 2007 when Nate Weiner taught himself to code using tutorials he found on the web. He wrote his first Firefox extension which featured two obscenely large buttons: one to save articles for later reading and one to access the list of everything you had saved.

It turned out that his extension was exactly what people were looking for. However, he had to face tough competition right from the start: Instapaper, Readability and others. Marco Arment, Tumblr developer and the creative mind behind Instapaper, accused Weiner of copying Instapaper’s major features. Weiner denies these allegations.

Read It Later – Pocket’s former name – has grown rapidly in popularity. A few months after its release, the extension made the front page of Digg. But it was still a “one-man business.” Wiener was the company’s only employee. Wiener has been steadily adding features and managed to add an income stream through an iPhone app that synched articles across browsers.

The popularity of Read It later captured the attention of Evernote back in 2011, and Wiener was invited to their headquarters for a discussion. This invitation turned out to be very fruitful for Wiener. But not the way you think! He decided to be independent. Here is what The Verge says about it:

Ken Gullicksen, then Evernote’s head of corporate development, made Weiner an offer “in the low millions.” But Weiner thought it deserved more — “six times more,” to be exact — and traveled to Evernote’s old offices in Mountain View to make his case.

Inside Evernote headquarters, Weiner sat down in a conference room with Gullicksen and Phil Libin, the company’s founder and CEO. Weiner walked them through his slides, telling them how Read It Later had attracted millions of users, and was earning hundreds of thousands of dollars in revenue.

Libin [Phil Libin, Evernote founder and CEO] and Gullicksen listened intently as Weiner made his pitch. Libin, Weiner recalls, seemed enthusiastic about the prospect of working together. Read It Later was for saving things temporarily; Evernote was for saving things forever. It felt like a match. But Gullicksen was skeptical they could meet his price. Afterwards, they all shook hands and Weiner arrived back in San Francisco feeling hopeful. He and his wife had a pizza delivered. “We tried to absorb what had happened,” Will said. “What is this new chapter of our life?”

Two days later, Gullicksen called back. Evernote still wanted to buy Read It Later, he said — but at the original price.

And the rest is now history: after the low-ball offer from Evernote, Wiener quickly raised $7.5 million from various investors including Foundation Capital, Baseline Ventures, Google Ventures, and Founder Collective. They rebranded Read It Later to Pocket last year and now Wiener operates Pocket with 13 employees and high ambitions. Pocket has more than 9 million users and expects to hit 10 million this summer.