Apple’s Podcasts iOS app has been updated with a couple improvements and some bug fixes. The most notable one is the immediate prompt when opening the app to ask if you want to turn on Auto-Downloads for your existing podcast subscriptions, as seen below: 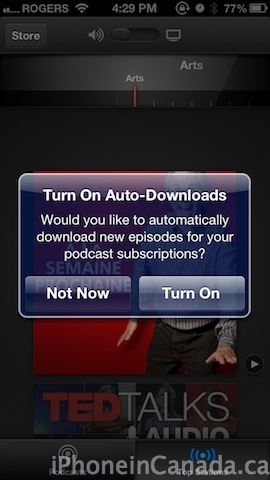 What’s New in Version 1.1.2
Podcasts 1.1.2 includes a number of improvements, including:

Click here to download the Podcasts app–it’s free. Also, don’t forget to check out our podcast, The iPhone Podcast.