Ask Siri
• You can now ask Siri to play podcast episodes by simply saying “play podcasts”
• To play specific podcasts or stations, just ask Siri to play them by name, like “play TEDTalks”
• Please note that Siri may not be available in all languages or in all areas.

This update also resolves playback issues after syncing with iTunes and improves stability while downloading podcasts. 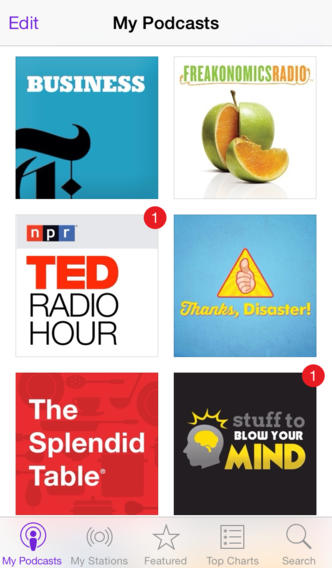