Pokémon GO has announced to trainers they will soon end support for iOS devices from 2013 and older. In other words, if your iPhone or iPad cannot support iOS 11, you will no longer be able to play the game.

According to Niantic, “This change is a result of improvements to Pokémon GO that push the application beyond the capabilities of the operating systems on such devices.” 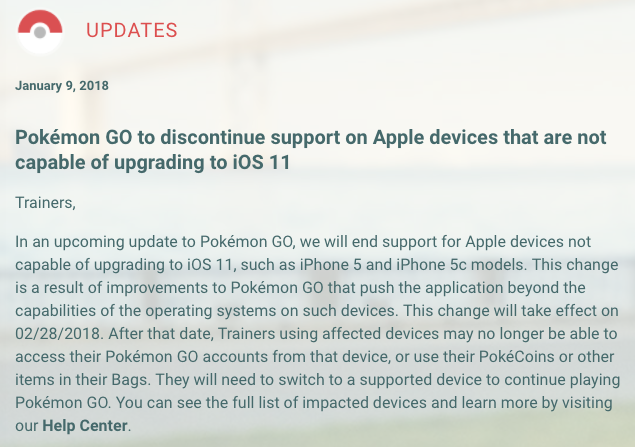 The changes will kick into effect on February 28, 2018 (updated) and after this date, Trainers will no longer be able to access their accounts from these devices and need to switch to a newer iOS device to keep playing Pokémon GO.

Here is a list of iOS devices that will no longer support Pokémon GO as of the end of February:

Are you affected by this change coming to Pokémon GO?