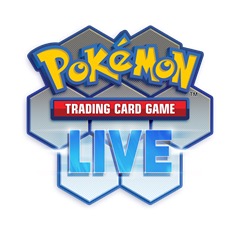 The Pokémon Company has announced that the first public beta for Pokémon TCG Live will soon begin on desktop and mobile devices in Canada.

According to a new press release, the upcoming game will launch in Canada on February 22, and will be available on iOS, Android, Windows PC, and macOS devices.

The game will offer a recreation of the Pokémon TCG, with players able to collect cards and battle other players. The Pokémon Company distributes codes in packs of the real Pokémon TCG, which can be used to claim packs in Pokémon TCG Live. This started with the Pokémon TCG: Sword & Shield – Fusion Strike and is expected to continue with future sets.

“Developed and published by The Pokémon Company International, Pokémon TCG Live is a new online game that allows players to enjoy the Pokémon Trading Card Game in an updated digital format,” explains the company. “Similar to the tabletop version of the Pokémon TCG that fans have loved for over 25 years, Pokémon TCG Live features fan-favorite activities like building decks and battling with friends, as well as gameplay modes and daily quests for all types of players regardless of their skill level.”

The beta launch will allow players to use cards from the new “Brilliant Stars” expansion ahead of the set’s release later that week.

It bears mentioning that the Nintendo Switch is not one of the platforms that will host Pokémon TCG Live.

The beta will only be available to Canadian players, who can either download the new app from the Apple App Store and Google Play, or from the Pokemon.ca website.

Cross-platform play will also be available, as will access to the current Pokemon TCG Online system.