While a Popcorn Time iOS app has been available for jailbroken iOS devices since last September, today will mark the first time that users of non-jailbroken iPhones, iPads, and iPod touch units will be able to use the popular torrent streaming service.

Torrentfreak yesterday reported the developers of the Popcorn-Time.se fork of the open source platform will release a new installer for non-Jailbroken iOS users, noting that “The beauty is in the simplicity of this installer. All a user will need to do to get Popcorn Time on a non-jailbroken iOS device is to download the ‘iOS installer’ to his desktop computer, connect his iOS device to the computer with a USB cable, and then just follow simple instructions that will download the app on the iOS device.” 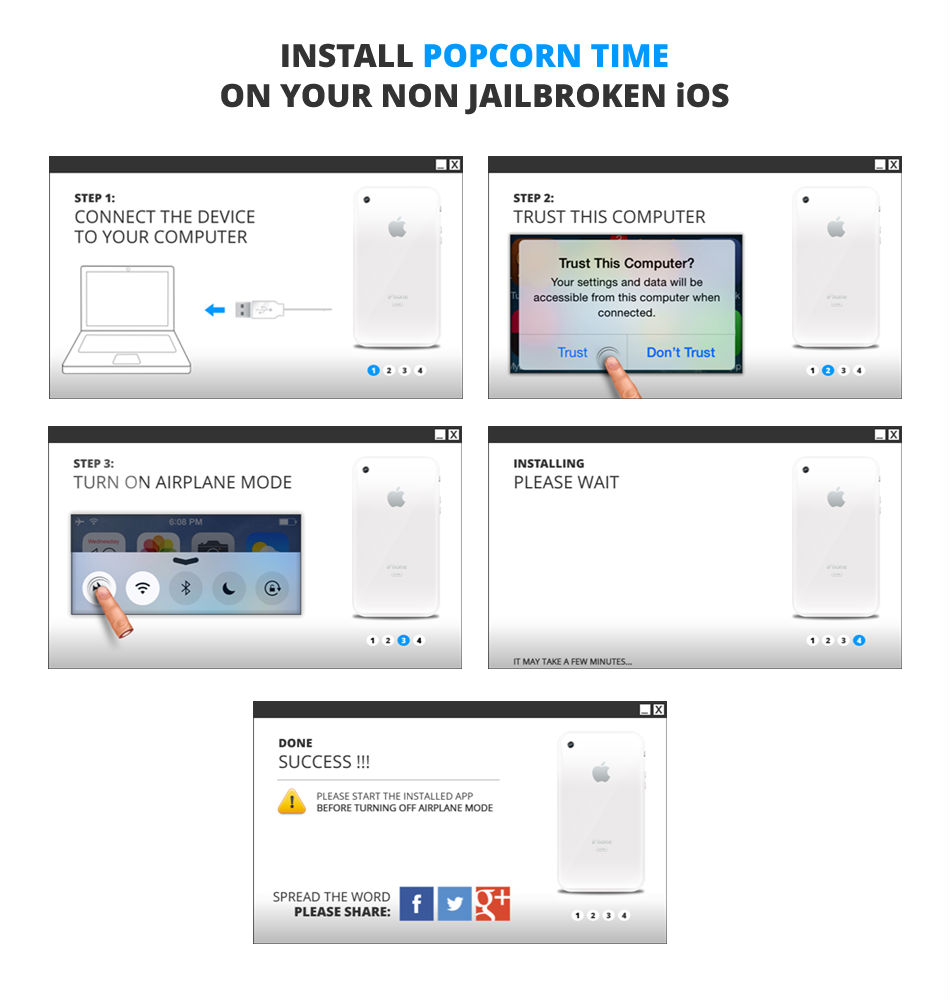 On top of the ability to stream movies and television shows directly to their devices, users will also be able to AirPlay video to their Apple TV, or playback on their Chromecast devices.

I’ve never used the Popcorn Time service myself, and I’m not about to start now, but what’s really interesting to me about this release is the apparently groundbreaking iOS installer that the Popcorn Time app will be installed through.

The Popcorn Time team states that “The team we worked with on this solution has already launched this website with one clear intention in mind: To fight the closed ecosystem Apple has created, screening and choosing for us what we can or cannot install on the devices we purchased and paid top dollar for. The installer guys have no doubt that this will be a long journey, playing ‘cat and mouse’ with Apple that probably won’t like them breaking their closed eco-system. But seeing their work now and future updates for the installer they’re already working on, we’re sure they’re ready for any obstacle Apple will throw their way.”

In any case, would you trust an uncertified installer like this to put an app on your iOS device? If so, what kind of apps would you like to see? Sound out below!

Update: Popcorn Time is now available for iOS here–for PC users only (Mac version coming soon). Proceed with caution, folks (or not at all).

This post was for educational purposes only—we do not support piracy in any way, shape or form and are not responsible for your actions.