PowerPoint for iOS was updated today to bring support for Apple Watch, which will allow users to control their slide shows from their wrist. Apple Watch will allow you to start your slide show, go to next and previous slides, see the elapsed time, current slide number and total number of slides:

What’s New in Version 1.8
PowerPoint Remote for Apple Watch: control your slide show on iPhone with a beautifully simple app.
• Start your slide show and easily navigate to the next and previous slides.
• At a glance, see the elapsed time, the current slide number and total number of slides. 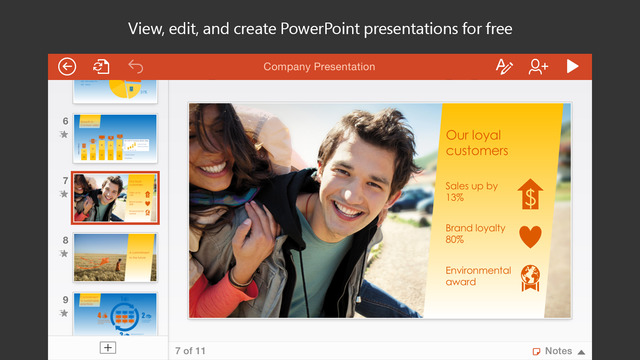 This seems like a handy tool to be able to control PowerPoint from Apple Watch. I think it would be handy to view the elapsed time, but if presenters keep staring at their wrist, presentations may look weird.

Microsoft has also updated OneDrive with Apple Watch support, to bring the ability to view photos from your wrist.