Yet another iOS app with hidden tethering capabilities has made its way past Apple’s tight security into the App Store. It’s called QuasiDisk and helps users tether via proxy without any carrier tethering contract. Available for download at a price of $1.99, the app purports to be a file manager for the iPhone, but in the recent update to version 1.1, it secretly got the ability to tether via proxy. 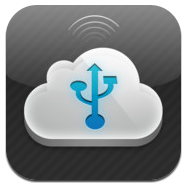 Like always, Apple will be taking the app down pretty quick so if you want to enjoy tethering without a carrier plan, you might want to grab it before it’s too late. Here is the direct App Store link: