RBC Mobile for iOS had been updated to version 6.0 and with it comes a redesigned interface, which, the bank says “helps make managing your money easier.”

There’s a new Action Button, which “puts the most important tools for each page in one location,” while a new Manage Menu provides quick access to settings. 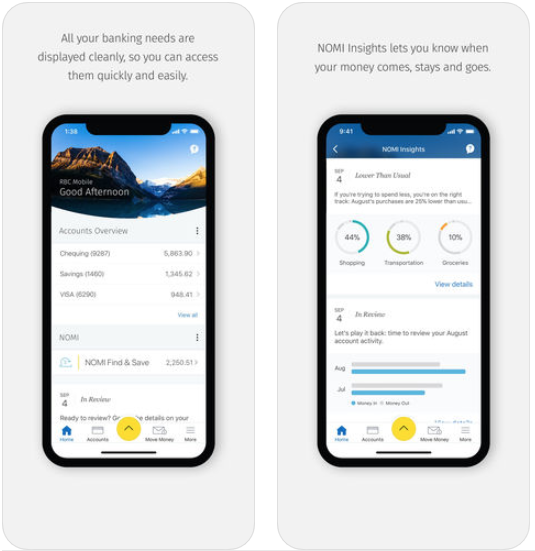 For autodeposit, it’s now possible to register your wireless number, while business clients can now take advantage of Touch ID, Face ID, Siri and iMessage integrations with the iOS app.

Earlier this summer, RBC Mobile for iOS was updated with the ability to lock credit cards from within the app, in the event of a lost or stolen card.