Readdle Launches 50% Off Sale to Celebrate their 8 Year Anniversary

Readdle has launched a huge 50% off sale on all of their iOS apps, to give back to its customers as a way of celebrating their 8th anniversary:

Today marks our eight-year anniversary of being one of the first 100 companies in the App Store.

It is no exaggeration to say we’ve had an incredible journey. What started as four guys in Ukraine who quit our jobs when we saw the original iPhone, has become a dedicated team of 75 talented individuals that spans the globe. We couldn’t have done any of this without you, so we want to say thank you with a 50 percent off sale! 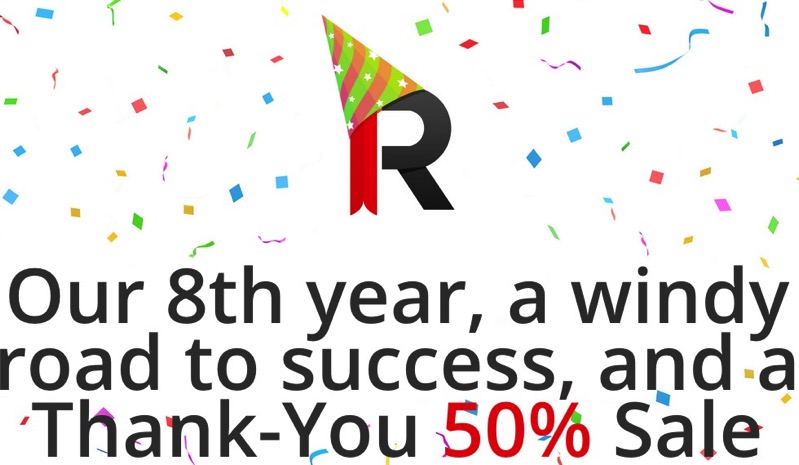 The company also revealed PDF Expert is making its way to the Mac soon, while their new email app Spark, will soon be supported for iPad, Mac—and Android.

These Readdle apps have always been free:

Currently, we use Scanner Pro, Calendars 5 and Spark quite a bit. Thanks Readdle for making some awesome apps.