Readdle’s Printer Pro for iPhone is a Free Download Today

Readdle has their app Printer Pro for iPhone as a free download today, as part of an App of the Day promotion. The app allows iOS users to print from your iPhone wireless to any Wi-Fi printer (or use the option to PDF print your files and images):

Printer Pro is the application that lets you wirelessly print from the iPhone. It can print directly to many Wi-Fi printers and to any printer attached to your Mac or PC via helper application installed on your computer.

Once installed, Printer Pro appears in the “Open In…” list on your device. This lets you print documents from Mail, Safari, ReaddleDocs and many other applications on your iPhone that supports this function.

Using “Open In…” approach you can print files from many popular online storages: Dropbox, MobileMe iDisk, GoogleDocs. It just a matter of several taps to download your file via free Dropbox, iDisk or Google Docs application and send it to printer.

I just did a quick test with Printer Pro for iPhone to take advantage of being able to print something and save it as a PDF (I don’t have a Wi-Fi printer around to test it), one of my most frequently used actions in OS X. It worked like a charm. For that reason alone, Printer Pro for iPhone is worth the free download. 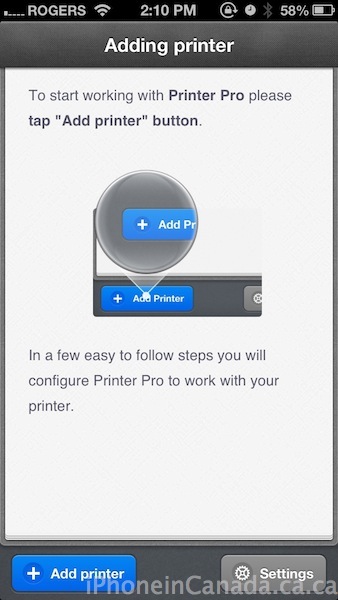 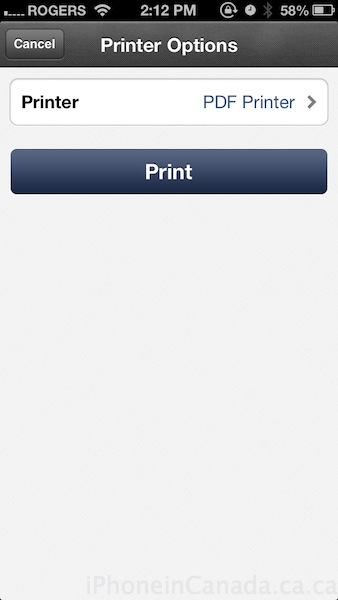 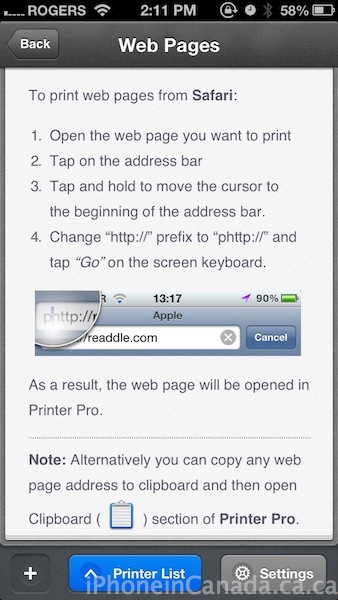 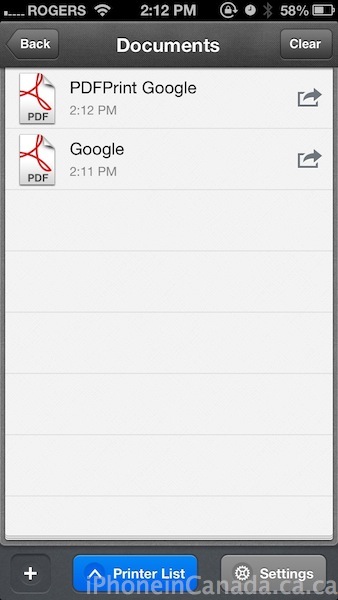 Click here to download Printer Pro for iPhone while it’s still free. Let me know how it works for you!