Last week EA teased Real Racing 3 would soon add Ferraris to its line up and that day has finally come. On top of a new app icon featuring a Ferrari, the update adds the FF, the 458 Italia, and the V12-powered F12berlinetta from the Italian auto manufacturer’s line up. 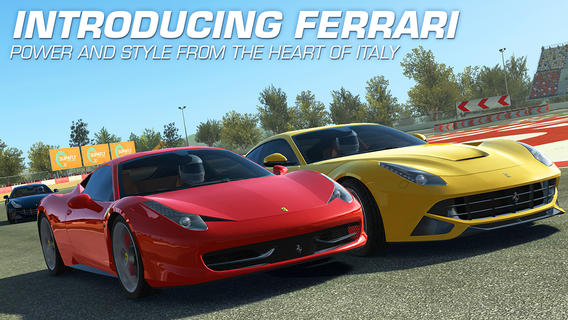