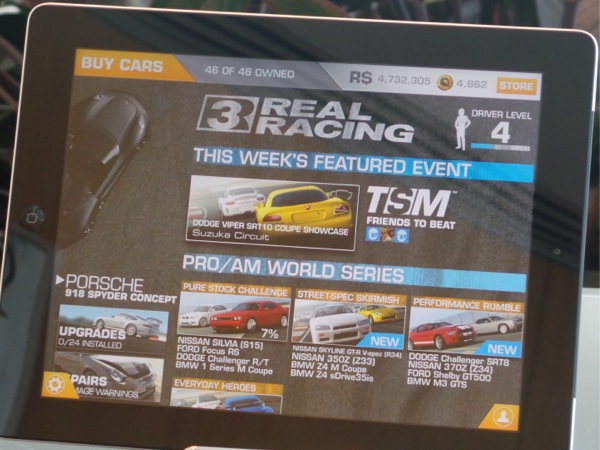 According to CNET Australia, Real Racing 3 will launch at midnight tonight in Canada, New Zealand and Australia. The game’s original launch date was earlier announced for February 28th, but it appears we will be included as some of the first people to play the game, now based on a freemium model.

Real Racing 3 is as eagerly awaited as mobile games get, so when Firemonkeys today shifted the iOS launch of the game forward from 28 February to tonight, the sound of cheering fans could be heard across the internet. The game will launch in Australia, New Zealand, and Canada overnight, with other territories and Android all going live on 28 February.

Download links, although available on the web won’t be live until after midnight (EST we’re assuming, based on other midnight launches of games in the App Store) tonight. CNET Australia also has a preview of the new in-app purchase and currency system, which they cite slows down the overall gameplay of Real Racing 3.

Update: As of 4:10PM PST, Real Racing 3 has not hit the Canadian App Store yet. Keep your eyes peeled for a launch tonight possibly. We’ve contacted the developers for clarification and will report back when they respond.