Mobile ordering from iPhone brings a smile to my face (Starbucks for iPhone is a prime example), as that means skipping waiting in line, because ‘ain’t nobody got time for dat’. Red Barn Market in Victoria has launched an iOS app to allow customers to place mobile orders for their sandwiches, sides and drinks, right from your iPhone. 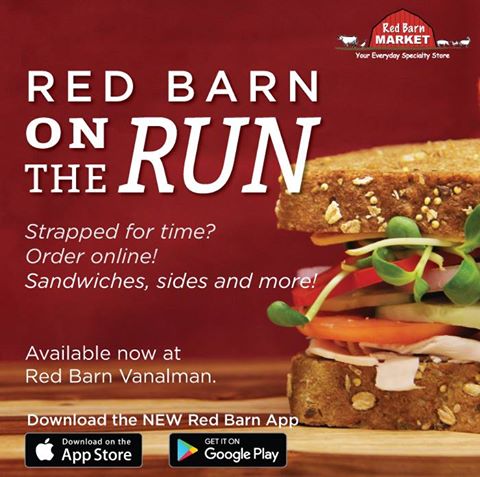 The announcement was made last week and currently only the main location on Vanalman supports mobile orders, but other stores in the Greater Victoria area will soon also support the feature:

Red Barn Market is excited to announce our new online ordering service “Red Barn on the Run”! Available only at VANALMAN. We will be branching out to other stores in the coming months.

You can now skip the line and order your Sandwich, Bun on the Run, Sides and Drinks from our new Red Barn Market App.

Build your order how you like, pay by credit card and submit you order. You will receive a confirmation from the Sandwich Bar when your order has been received and when it will be ready. Then come on by the store and go to the pick up station by the deli to collect your order by name.

Red Barn Market’s sandwiches and deli services are popular for locals during their lunch breaks, and this new mobile ordering system will eliminate time wasted waiting in line.

Click here to download Red Barn Market for iOS in the App Store (also available for Android). Let us know if you’re going to try this.