RedFlagDeals is Now Available for the iPad

If you’re a deal hunter on RedFlagDeals, you probably have noticed their iOS app only supported the iPhone—that is until now. The app was updated to bring compatibility for the iPad, along with some performance updates and tweaks to how forums look within the app. 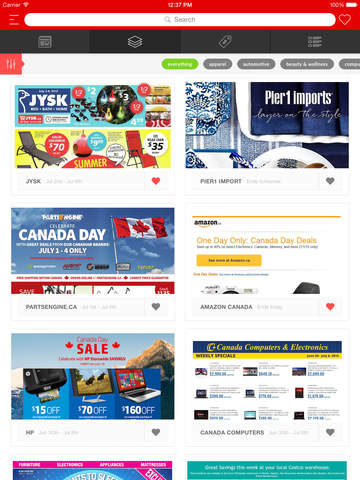 What’s New in Version 3.2.0
– iPad Compatible: The new app is now iPad compatible! Check out all the great new features for iPad users.
– Expired Content: Don’t lose your expired favourites! Now you can view deals and flyers that are past their expiry date.
– Forum Update: We’ve expanded the screen space by hiding the navigation bar within the Forum section, allowing you to view all more at once. Plus, there is now home and refresh button for quicker browsing.
– Performance Updates

Click here to download RedFlagDeals for iOS in the App Store (or not, your wallet will thank you).