Reuters iOS App: Easy to Use, Well-Designed and Free

A couple days ago Reuters released their iOS app for iPhone and iPad, which is currently featured as the Editors’ Choice in the App Store. After using the Reuters app for a day or so, I can say it’s an extremely well-designed news app with some intuitive gestures.

The main page features the top stories and once you read to the end of an individual story, if you continue to swipe up you’ll jump to the next story. There is also an easy tap to share your stories to Facebook, Twitter, email or to save it to your in-app Watchlist.

Tapping the menu icon in the top left (or swiping to the right) reveals a sidebar to allow you to select other major news topics. Settings can also be accessed here with a tap (or you can also swipe again to the right), where you can toggle an Offline Mode for reading without an internet connection. 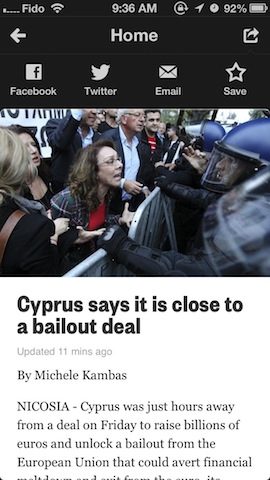 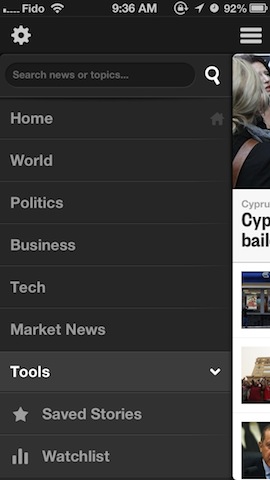 Under the Tools section at the bottom your starred stories end up here, along with a neat Watchlist for your stock picks. What’s cool about this is you also get a detailed list of related stories for each of your picks, which makes it easy to stay informed. 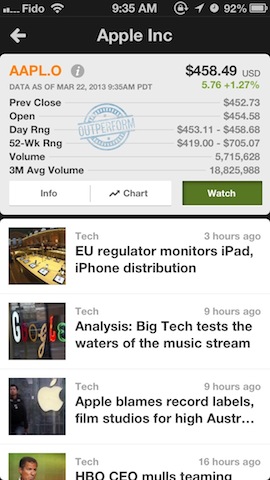 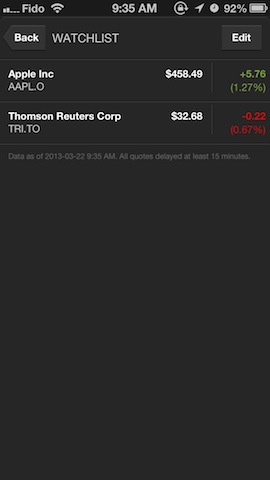 Another neat feature about the app is it updates in real-time. If you have the app open long enough and a new story comes along, you’ll see an orange notification in the top right corner. It’s pretty slick and so far reviews in iTunes have been nothing but five stars, which isn’t surprising at this point in time.

Click here to download the Reuters iOS app–it’s free. Let me know what you think of this app!