Facebook launched chatbots for their Messenger platform back in April, and since then numerous companies have jumped on board, with one of them being theScore in June. 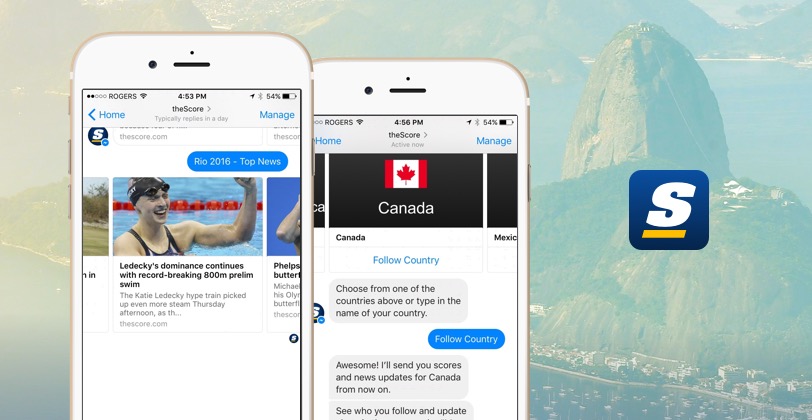 Today theScore has announced their Messenger chatbot now supports news and real-time alerts from the 2016 Rio Olympics. Users just need to opt-in, then also choose which teams to follow to get medal alerts for every country, plus real-time scoring for basketball and soccer (both men’s and women’s).

Users can access theScore’s Messenger bot here on mobile, or within the Messenger iOS app. Next, just type ‘Rio’ and follow the prompts to get started.

Other ways to get real-time alerts include the CBC Rio 2016 app (these are really fast), which also offers live video.