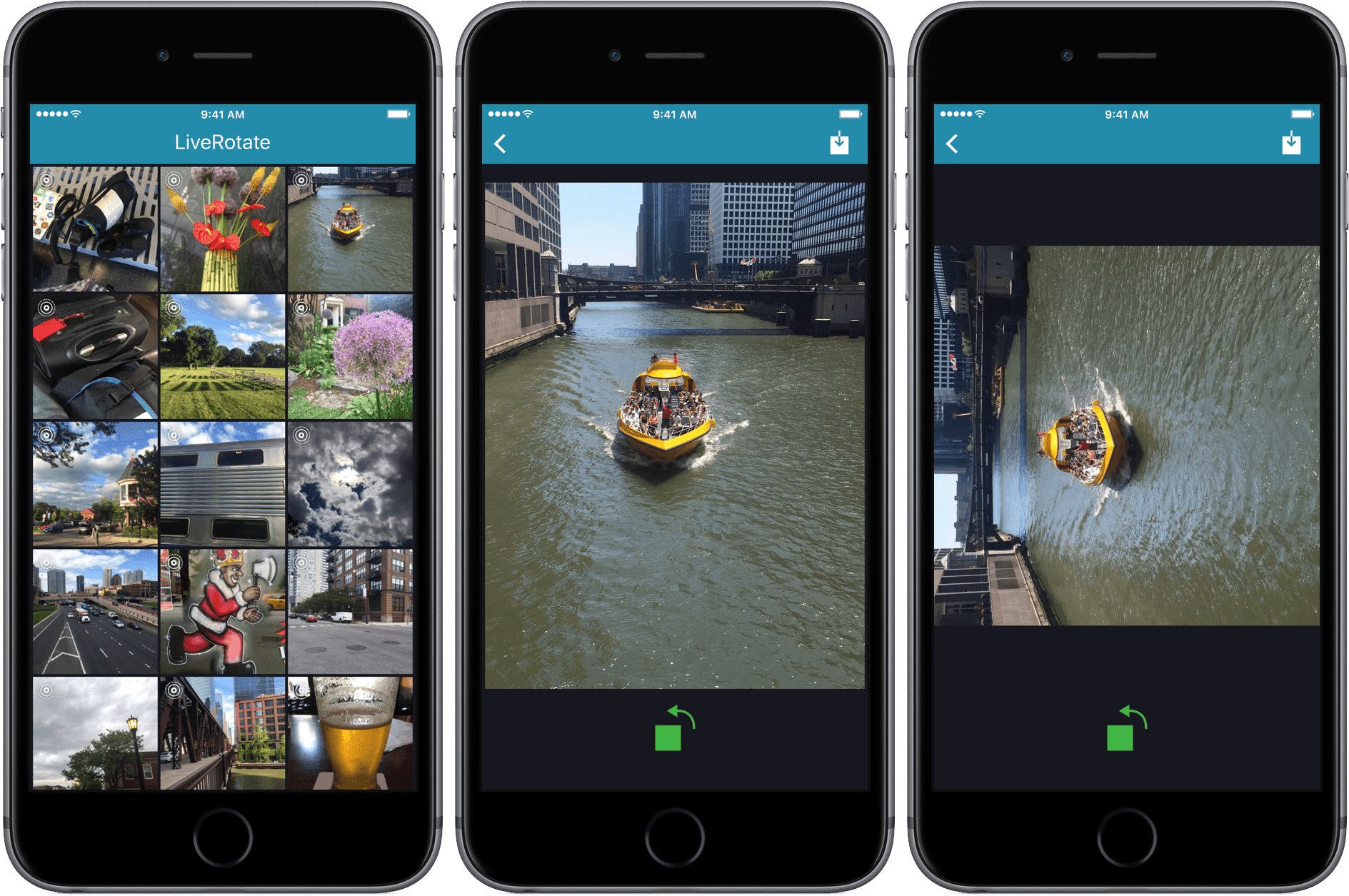 LiveRotate is a new app for iPhone, which allow rotations of Live Photos without losing video, audio, or metadata.

If you have ever tried to rotate a Live Photo using the built-in iOS tools, you would have noticed that it saves it as a static image. LiveRotate fixes this and allows users to rotate Live Photos by increments of 90 degrees while keeping the original content and metadata intact.

When you open it for the first time, it loads up all the Live Photos from your phone library. You can then select any of them and use the rotate button to get the desired result. Once done, the resulting Live Photo can be saved back to the Photos app.

Live Photos is one of the main features that Apple introduced alongside the iPhone 6s and 6s Plus. When taking a photo with the stock Camera app, 1.5 seconds of video and audio is captured before and after the shutter button is pressed. The Live Photo can then be viewed by pressing the photo in Apple’s Photos app.

LiveRotate is available to download on the App Store for $1.39. The app requires any device running iOS 9.3 or later and contains no in-app purchases.