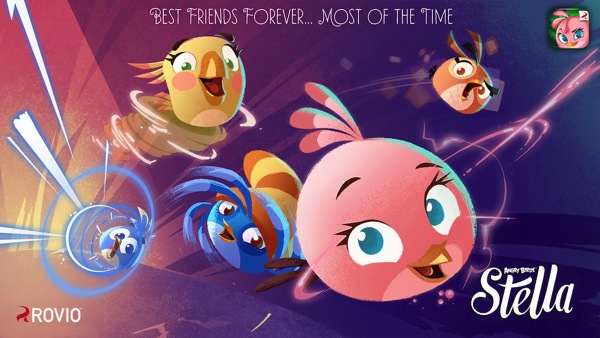 Rovio has launched a new game called Angry Birds Stella, a new take take on their classic game but geared towards what appears to be female gamers with its pink overtones.

Join Stella and her super adventurous friends on a quest to protect Golden Island from the greedy Bad Princess and her clueless piggies! Meet this fierce new bunch, master their amazing superpowers, and play over 120 action-packed levels!

Despite launching multiple titles and variations of Angry Birds, along with licensing out products, Rovio is facing challenges as its revenue is flattening and profits are falling.

Last week it was reported by the WSJ the company’s CEO Mikael Hed will step down in January and be replaced by former Nokia executive Pekka Rantala, a newcomer to the company’s executive team.

How much longer can Rovio sustain their Angry Birds franchise before consumer fatigue sets in—or has it happened already?