The Apple Store iOS app has a new app freebie available for download, as Runtastic Pro (normally $4.99) is currently free via promo code.

All you have to do is launch the Apple Store iOS app (not the App Store), tap on the ‘Stores’ tab, then tap on Runtastic Pro. Once you tap on ‘Download for free today’, you’ll be given a promo code to download it for free. 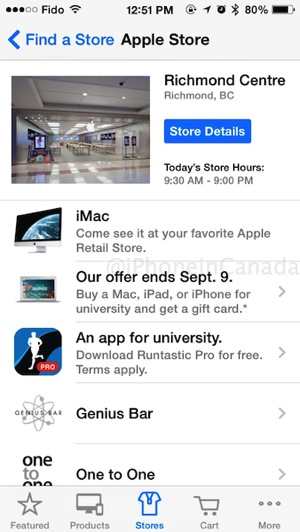 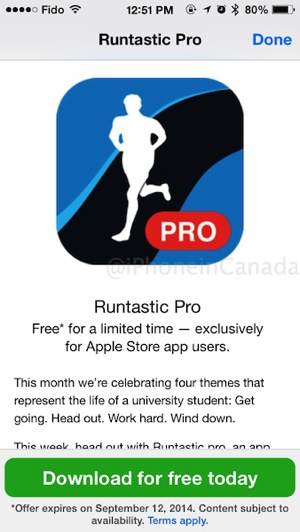 Again, the app is only free within the Apple Store iOS app, and not the App Store itself. I’m sure one person won’t read this and will tell us it’s still $4.99 and not currently free (don’t be that person!).

Update: The free app has changed and is now Tydlig, a calculator app geared towards university students.