The Sandman Hotel Group, which claims to be “Canada’s fastest growing hospitality company,” has launched a redesigned iOS app to enable customers the best available rates when booking within the app. It has been optimized for iOS 7 and the larger iPhone 5 screen too.

Bookings are now not only easier and more streamlined, but also synced with the iPad app and desktop sites, while also providing your booking history.

Booking receipts and confirmations are now stored within the app, which also has automatic enrolment into the StatusPlus Rewards Programs. Users will also be able to view upcoming reservations and check out images of hotels, maps and other amenities.

“As the number of smartphones continues to increase and mobile apps play an ever-growing role in the way people conduct business, we knew the time was right for us to substantially improve our existing app,” said Salim Kassam, Vice President of Marketing for Sandman Hotel Group. “Today’s guests expect to be able to use their smartphones to do almost everything, and that’s realistic with our new app.” 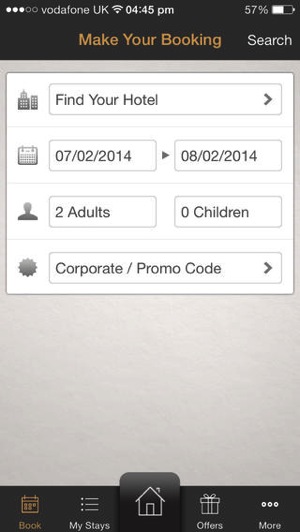 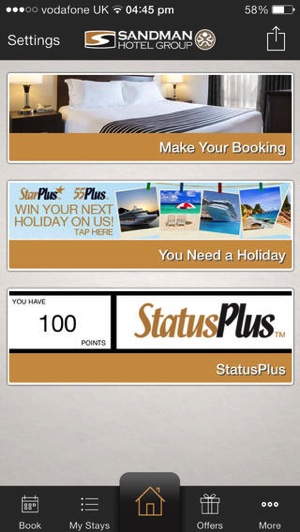 The Vancouver-based Sandman Hotel Group has over 40 properties within British Columbia all the way to Quebec and the United Kingdom.