If you’re looking for an iTunes Card sale, head over to your neighbour hood Mac’s convenience store, as they are offering $10 off $50 cards, as advertised on their website. The sale goes from April 29 to May 26, which is plenty of time for you to stock up and fund your account.

This works out to 20% off, which translates into savings for any digital purchases you make from iTunes account towards the App Store, Mac App Store, iTunes and iBookstore. Let us know if you’re going to jump on this! 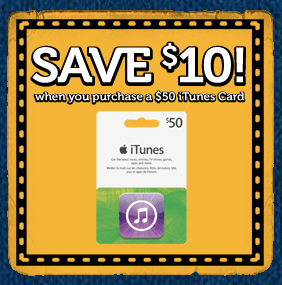