For Scotiabank iPhone users, the bank has updated their mobile app with a couple new features today. New is the ability to reverse bill payments on the same day, while a new Mobile Help section allows customers to find answers to questions about the bank’s services. 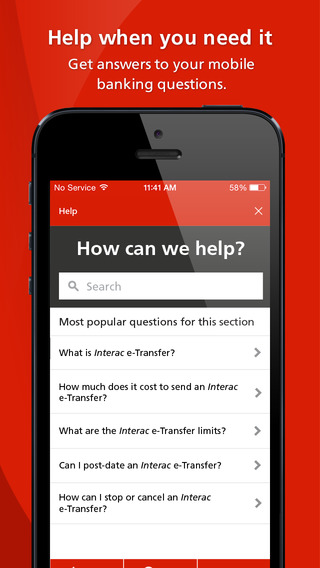 Mobile cheque deposit is a highly requested feature by Scotiabank customers and it still has not arrived yet (RBC customers are in the same boat), despite pleads in reviews within iTunes:

Similarly, it would be nice for banks to integrate Touch ID support for logging in or 1Password integration, but that may take some time to implement. TD Canada has publicly noted it is looking into the addition of password managers for its iPhone app, which was recently updated to bring back the paste option in the password field after it was removed abruptly.