Screeny Lets You Easily Delete iOS Screenshots, Free for the First Time Ever

I don’t know about you, but I take a lot of screenshots on my iOS devices. I far too often hit the home and sleep buttons together by mistake, and I do save everything from addresses, to images, to chunks of iMessage conversation that I’ll need to look at again (because we all know that iMessage search is all but useless). I’m also that one guy that bought the iPhone 6 Plus in its 16GB variation, so storage space is an always shrinking, yet ever in-demand resource on my phone.

My traditional solution has me waiting until my iPhone tells me that it doesn’t have enough storage remaining to do a simple task, which always seems to happen at the worst time. Then, I’ll frantically switch to my photo library, scroll through the vast cascade of images, and tap on dozens and dozens of tiny thumbnails of screenshots that I (hopefully) no longer need. Later, I find out that I accidentally also deleted an picture that I did want, but alas, it’s gone forever.

Enter Screeny, a Universal iOS app that I just learned about today (thanks Gary), and one that’s just made my life far easier. We first covered Screeny when it debuted last November, but now it’s gone free for the first time ever. 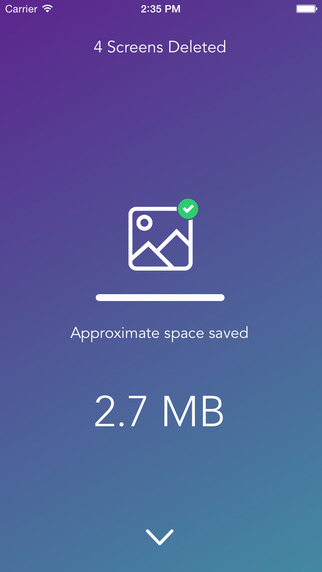 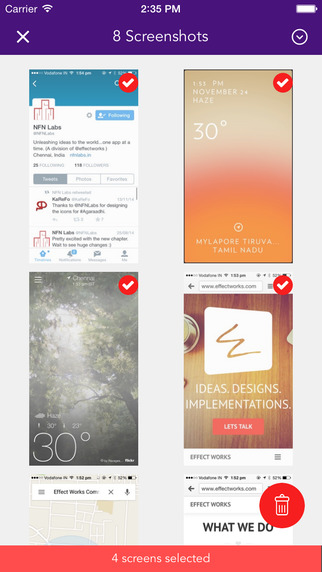 Screeny describes itself as a “utility app that helps you save space consumed by screenshots. It screens your camera roll and helps you to filter and delete screenshots that are no longer necessary.” And that’s exactly what it does. Starting today, it also does it for free, the first time the developer has made it free (previously $0.99).

Screeny features a handful of useful filters so you only see images that you likely no longer need. You can even have Screeny remind you to run it every month so you’re not caught in those unfortunate situations where you end up deleting something you didn’t mean to.

Seriously, it couldn’t be simpler, and it couldn’t be more useful. As I mentioned above, it also couldn’t be cheaper. It’s well worth the download, especially if you’re running a lower-capacity iOS device like myself.

You can grab Screeny for iPhone and iPad here, and be sure to let us know what you think of the utility! There’s no word on how long this sale will last, but if you want the app for free, now is the time to get it (we suspect it may be Apple’s Free App of the Week, debuting tomorrow?).