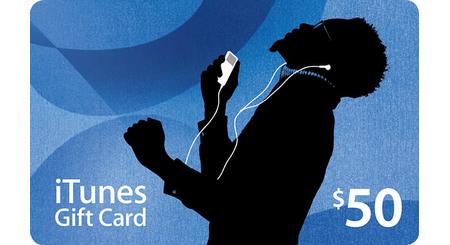 Starting today, until April 29th, you can get a $50 iTunes card for $40 at Sears retail locations. This is an in-store offer only, so don’t bother trying to order it online. 😛

That extra $10 in iTunes can go a long way. That’s a few extra songs, games, apps, movies, tv shows, whatever you like! Head to your local Sears and get yours! This sale last for 2 weeks only, during “Sears Days”.

Thanks to @JonathanAnderson9 for the tip!

Update 1: HMV also has a similar deal until April 15th (thanks Jeremy!).