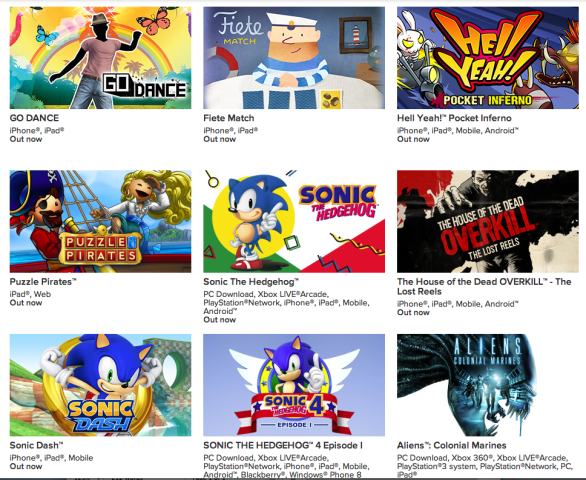 SEGA of America Inc., the American arm of the renowned SEGA Corporation, announced today that it will expand its rich portfolio of games developed for iOS with another five titles optimized for both the iPhone and the iPad.

With the rapid growth of mobile gaming, SEGA is among the game developers which optimize their games released earlier on other platforms such as Playstation 3 and Xbox 360 and transport them into the App Store. This is the case of Sonic & All-Stars Racing Transformed, which was originally released last year but will make it to the App Store this winter, by the end of the year. Furthermore, Sonic the Hedgehog™ 2, the game that was originally released in 1992, will arrive sometime next month, remastered for mobile platforms.

An interesting addition is Demon Tribe, a game signed by Masayoshi Kikuchi that was first introduced last year in October. Rhythm Thief & the Paris Caper appears to be a new title, but, unfortunately for SEGA game addicts, it won’t hit the App Store until early 2014. The fifth game, which was apparently launched in the App Store just about a month ago on September12, is GO DANCE.

On top of the new additions, the company already has 46 iPhone and 48 iPad games available in the Canadian App Store.