Shaw Freerange TV has received an update today to make for an easier user experience, plus added the option to view CNN HD if it’s part of your cable package.

Users can now sort On Demand titles based on Rotten Tomatoes ratings, while one significant improvement is the changing of “Guide” to “Live TV” in the main navigation label. 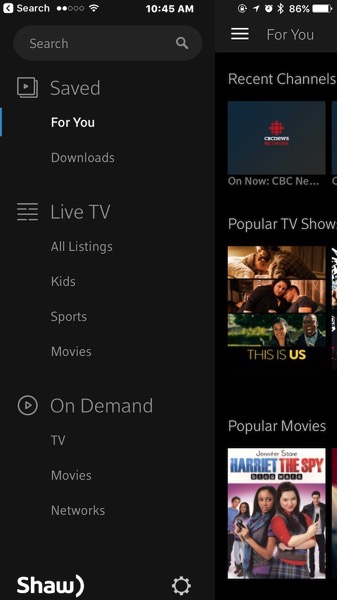 For Live TV, you can now also filter by Descriptive Video Service, while there’s a new Channel Finder in Live TV/All Listings to make for easier navigation to a specific channel or network.

Also, your downloaded On Demand titles will now note expiry information. The update also fixed bugs such as the “error code: 403” message and other various fixes for iOS 10.

Ten months after the app’s launch, a native tvOS app or AirPlay support is still unavailable.