Shaw Go WiFi Finder was updated last month with a new interface and today the app brings some performance and bug fixes. 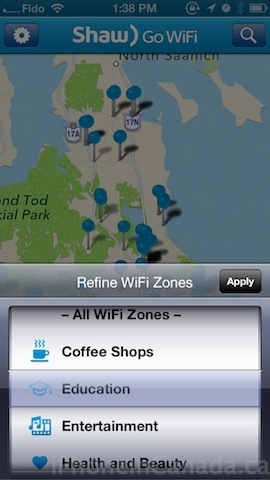 Shaw Go WiFi is free for existing internet customers and comes as a solution for users with small data plans or those looking for Wi-Fi. Some users have stated speeds have been intermittent depending on the location. Let us know if you are using Shaw Go WiFi.