Update 1: This app is only available in the US App Store. For those with US iTunes Accounts, you know what to do.

Shazam, the famous mobile phone based music identification service with apps for iOS, Android and Windows Phones that let you identify the name of the song being played, has just introduced a brand new app for iOS called Shazam Player. The app, which is now available as a free download in the App Store, is a full featured music player for iOS with options like streaming lyrics, tour dates from artists, YouTube videos, artist biographies, and even the ability to buy new tracks from iTunes within the app. 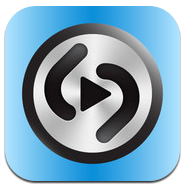 As noted by 9to5Mac:

“Besides the ability to play music, Shazam Player can also identify songs similar to the original Shazam app can. From there, you can launch iTunes from within the app to preview or purchase the song. You can share music with your Facebook and Twitter friends. The ability to view tour dates and bios from your favorite artists right within the app is very cool.” 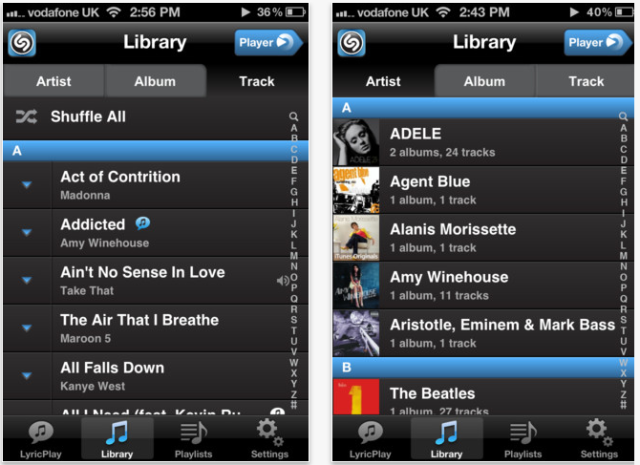 Below is the official iTunes description.

Switch to a music player with a difference – Shazam Player™ the NEW app from Shazam! Why just listen to your music when you can now see streaming lyrics, watch YouTube videos and read reviews of your favorite tracks and artists! Get to know your music with Shazam Player.

It’s your music. Shazam Player lets you do more with it.

• Bring your music to life with LyricPlay™. See streaming lyrics in time to the music – you’ll always have the words to your favorite songs with you.
• Share the soundtrack of your day on Facebook and Twitter
• Watch YouTube videos and concert clips
• Find tour dates for the bands and artists you’re into
• Manage your music – see your iTunes playlists and create new playlists on the fly
• Select your favorite tracks and hide ones you don’t want to hear
• Add to your music – buy new tracks on iTunes from within the app
• View music by artist/album/title and use the Track Tray to see all the great Shazam features available for each song
• Top tracks – a changing list of LyricPlay tracks – buy them straight from the app if you don’t already own them
• Identify new music you’re hearing by instantly launching the Shazam App

You can grab Shazam Player from the App Store for free via the following link: