We’ve already labelled it as probably “the best photo editing app” for iOS devices in a recent video review (embedded below) and if you haven’t yet taken our word for it, now is the perfect time to get it as Snapseed has just gone free in the App Store for a limited time. Regularly priced at $4.99, the app is fairly easy to use and offers tons of quick photo editing options for both professional and casual photographers. Best of all, the app comes as a universal binary and has been optimized for both iPhone and iPad displays. 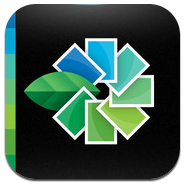 So what are you waiting for. Hit up the direct link below and get downloading!

To get you started with the basics of photo editing with Snapseed, take a look at the video demonstration below: