Social Shopping With JustBought.it For iPhone

A couple of days ago I came across the app Justbought.it and at first I did not exactly understand it, but I quickly realized how the app can be rather useful. Moreover, it’s created locally in Vancouver by Pallian Creative (definitely gotta support your local iPhone devs!).

JustBought.it is an app that can come in handy any time during the year but especially during high-volume shopping months such as around November and December. Going to be shopping on Boxing Day? This is when this crowd-powered app will be extremely useful in sharing your finds!

JustBought.it is a location-based mobile social shopping application that allows users to view and find what other people nearby are purchasing. Users may also share their own purchases by taking a photo of their purchase, adding a description and their sending it using the app. 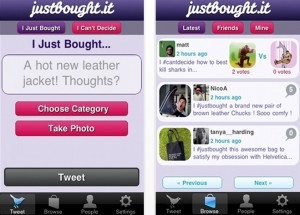 Users can search for purchased items that are bought nearby, view the latest purchases or search by the friends list. The app includes Twitter support, so users can tie their tweeted purchases to their Twitter accounts. So there you have it–be the first person to tell your friends what you bought and where with JustBought.it this holiday season! 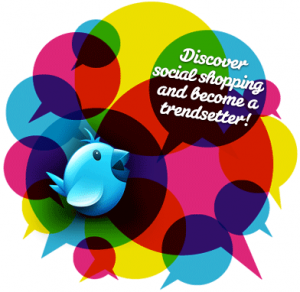 JustBought.it is available on the iTunes App Store for free.