Sonos has released an update for their Sonos Controller iOS app, which lets customers manage playback and settings from their speakers.

This latest 8.1 update brings support for the new Sonos One smart speaker (click here to read our review), which includes the latest updates for the device. 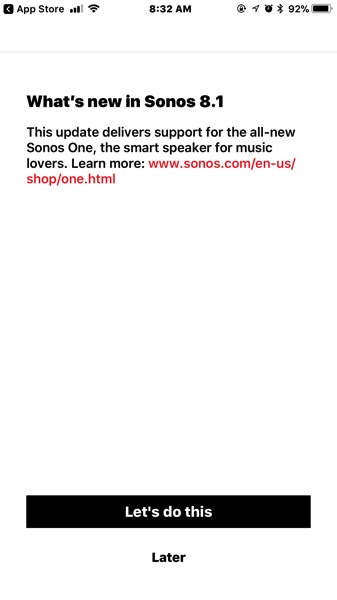 Sonos makes it easy for users to connect to existing speakers and setups. Once you install the Sonos Controller app, it can auto detect your setup and seamlessly reconnect, without requiring you to login or relaunch the setup process.

The Sonos One launches on October 24 for $249 CAD—click here to pre-order from Amazon.ca.