The app is a direct competitor to music services such as Spotify and MOG. According to reports, subscriptions start at $3.99/month to access the over 15 million available songs. Users can also try a 30-day trial of the premium service.

The Sony Music service offers two paid subscriptions. The first is a $4.00 Basic Plan that provides the basic channels and access to your personal library. The second is the $10.00 premium service that gives access to on-demand playback for Sony’s entire catalogue.

– Stream as much as you want.

– Listen to your personal collection of songs and playlists when matched via any PC using Music Sync.

– Discover your next favorite song with Music Unlimited’s recommendations. Listen to your music from your iPhone, iPod Touch and iPad.

– Play any song on demand from the Music Unlimited catalog of millions of tracks.

– Add any song or album from the catalog to your personal library for easier access.

– Add to and edit playlists you create on the Music Unlimited web application.

– Browse Premium Channels and the top songs in your favorite genres.

At this time the Sony Music Unlimited app was spotted in the New Zealand App Store and should be available to the North American stores soon. 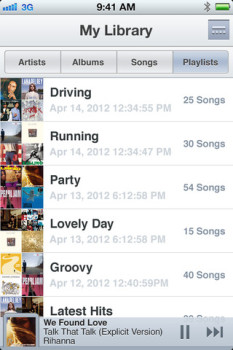 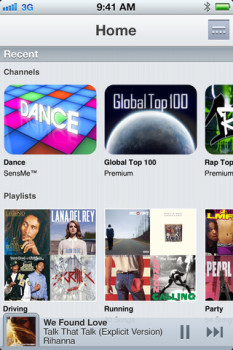