This shouldn’t have happened, because Apple had supposedly resolved the bug causing it, but it did happen this weekend: Complaints have surfaced on Twitter that spam apps and “rip-offs” have appeared in the App Store’s “New” and “What’s Hot” sections in certain categories. Apple’s Phil Schiller acknowledged the issue on Twitter and said he will look into it. 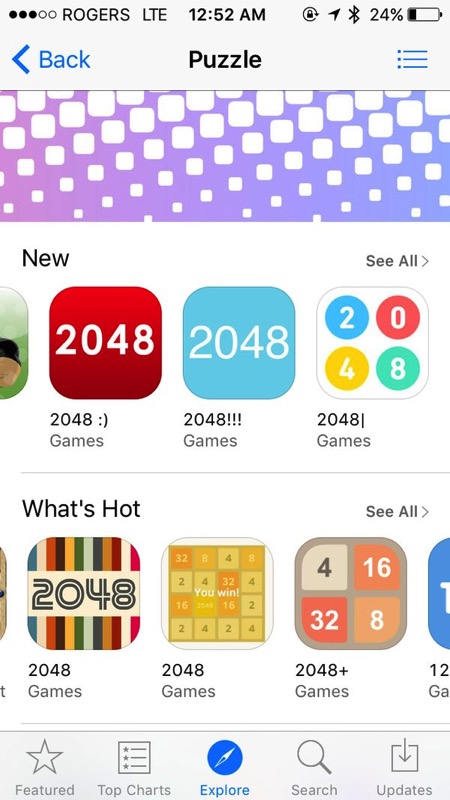 As detailed by TechCrunch, the problem seems to come from the App Store’s algorithm trying to recommend games and apps based on what’s trending and what’s new in the app storefront.

What really happened this weekend was that those closely watched sections included copycat versions of the popular “2048” game. The main problem was that there wasn’t just one: the entire Puzzle section was filled with these copycat versions. That obviously pissed off developers.

The problem isn’t that Apple grants access to these clones, but that it features them, so that needs a fix. TechCrunch’s Sarah Perez points to more unaddressed App Store issues, such as rankings and discoverability of apps, citing third-party app developers saying, “the platform has not received the attention it deserved over the years.”