Spare Rides for iOS is an app launched by three University of British Columbia (UBC) students to make it easier to commute to the university by carpooling, allowing drivers to fill their empty seats with riders. The app matches potential riders with drivers as they enter in their destination into Spare Rides, which launched on Monday morning. 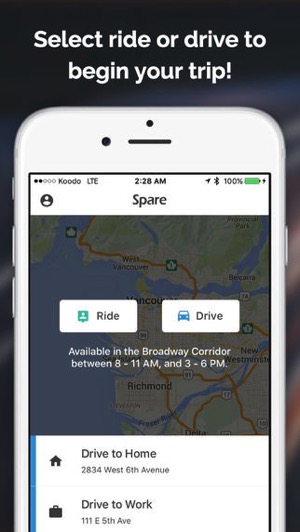 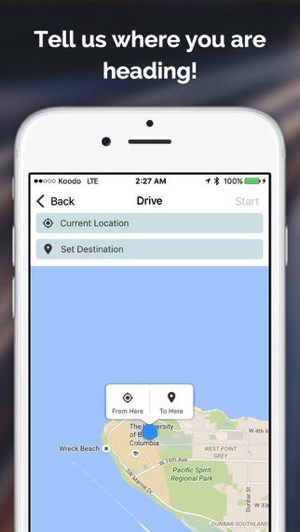 Pricing for riders starts at $1.50 for the base fare and $0.50 per extra kilometre, so for an example 4.9 km ride (seen below), it would cost $3.85, which the app developers say is much better than waiting for the bus. 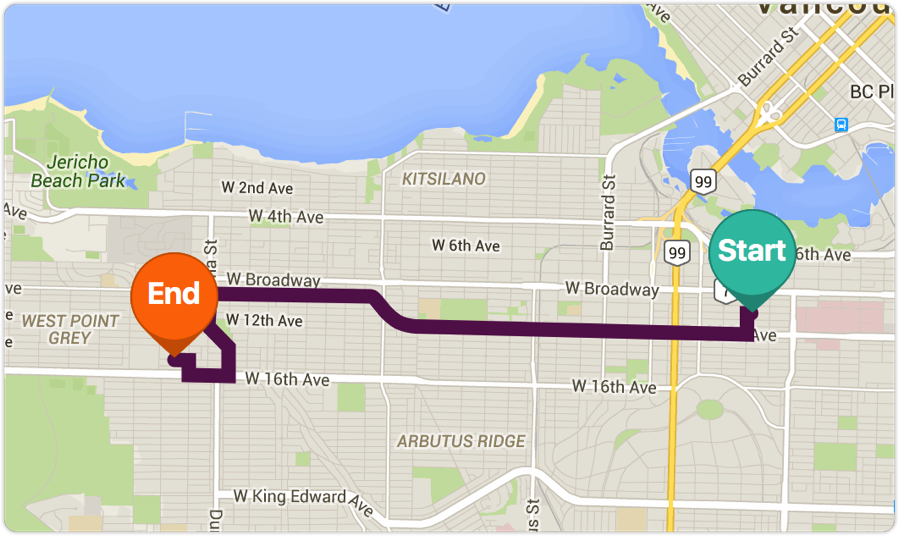 For Spare Rides drivers, they will earn $1.00 in base fare and $0.35 per kilometre for riders they pick up. The company provides the example below of an 11 km journey, which would net a driver $5 per rider. Drivers can only pick up and drop-off within the zone map below, and the startup says works best if you’re going to driving 5km within the serviceable areas.

For now, Spare Rides operates only in the highlighted areas below during commuting hours (weekdays 8am-11am; 3pm-6pm), between 1st and 16th, UBC and Commercial.

To keep drivers safe, the company says they use Facebook for logins and verify profiles. For payment options, riders store their credit cards within the app, which uses Stripe to process payments.

GPS locations of both drivers and riders are tracked “at all times and recorded” by Spare Rides, with a one-touch access to the app’s customer service line available during service hours.

As for ICBC insurance, Spare Rides references Section 55 of Regulations regarding carpooling, which says as long as drivers do not charge more than the cost of the trip, commercial insurance is not required (drivers also cannot offer more than one return trip per day).

Kristoffer Vik Hansen, co-founder of Spare Rides, tells CBC News the 99-B bus is typically at 150 per cent capacity from 6am to 9am, with 40,000 since occupant vehicle trips to UBC daily, which is why carpooling with Spare Rides is another transportation option.

While a trip from Commercial-Broadway Station to UBC costs double the bus ride at $7, Vik Hansen notes benefits are “You make your morning less boring which is probably the main reason you want to use this service.” In the app’s first two days, over 400 people have signed up, notes Vik Hansen.

Click here to download Spare Rides for iOS in the App Store—let us know if you’re going to try it out.