Electronic Arts and Lucasfilm have released Star Wars: Galaxy of Heroes in the App Store, a free to play (powered by in-app purchases of course) title, which allows players to collect over 60 characters from the original trilogy and prequels to the upcoming Star Wars: The Force Awakens, plus characters from the Star Wars: Clone Wars animated series.

Collect your favorite Star Wars characters, like Luke Skywalker, Han Solo, Darth Vader, and more, from every era – then conquer your opponents in epic, RPG-style combat. Build mighty teams and craft the best strategy to win battles across iconic locations to become the most legendary hologamer in the galaxy! 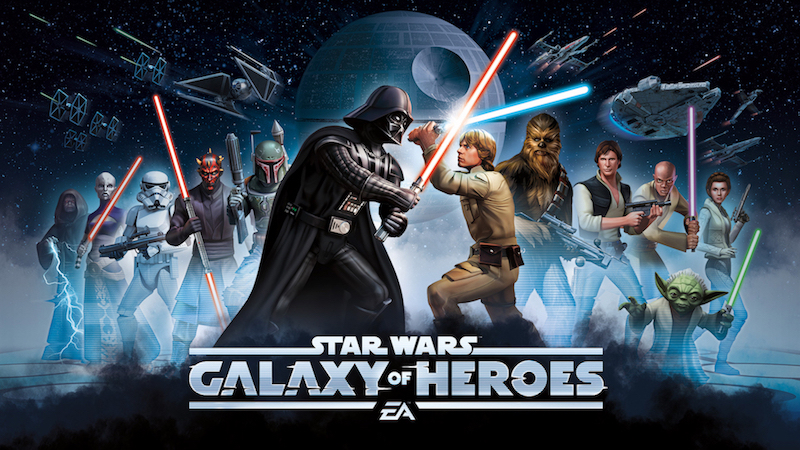 John Salera, Executive Producer on Star Wars: Galaxy of Heroes at Capital Games, said in a statement “We’ve created a game for Star Wars and RPG fans where you can mix and match your favorite characters from across all the films and TV shows, creating squads with heroes from both the light and dark sides.”

Some of the iconic characters you can collect in the game include the likes of Obi-Wan Kenobi, Asajj Ventress, Qui-Gon Jinn, Count Dooku, Boba Fett, Old Daka, Chewbacca (CHEWYYY!), Darth Sidious, Jawa and Ahsoka Tano.

Earlier this summer, the official Star Wars iPhone app launched for fans. As for Star Wars: The Force Awakens, last month it was reported only Netflix users in Canada will exclusively get to stream the movie in 2016. The highly anticipated movie premieres in theatres on December 18, 2015. Those who haven’t pre-ordered tickets will probably camp out in line for days to watch this movie.