This week’s App of the Week at Starbucks is the physics-based puzzler Fibble, which is priced at $0.99. The game involves extraterrestrial Fibble who crash lands inside a home. Your job is to navigate Fibble through 40 levels to help reunite with his crew.

The game has 3D graphics and was recently updated last October with 36 more levels, along with iPhone 5 and iOS 6 support. Reviews in iTunes note the graphics are great along with the game play. 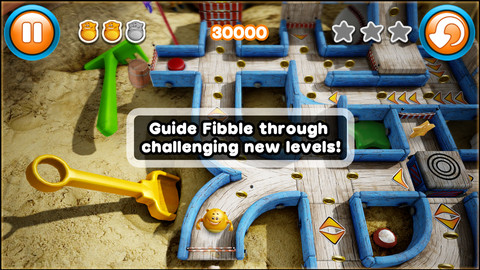 Below are some promo codes for the game, courtesy of @kraussdaddy: 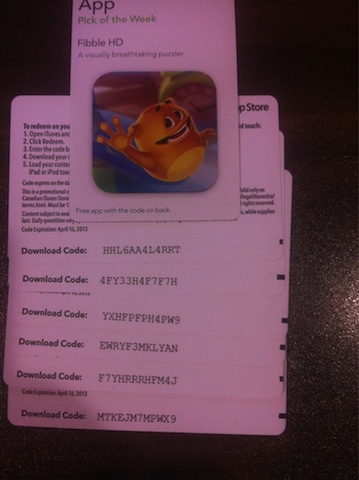 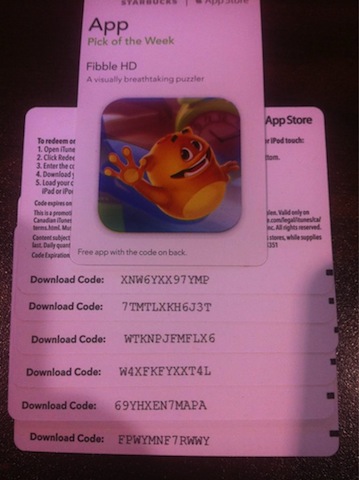 If you managed to snag a promo code, let us know which one you used and don’t forget to say thanks!

Bonus: Below are some Gravity Falls TV episode promo codes thanks to Michael C! 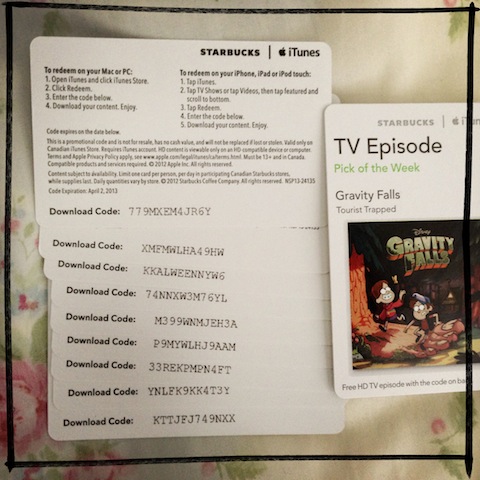