This week’s Starbucks App Pick of the Week is the holiday cookbook and party hosting guide Food52 (priced at $4.99 in the App Store). The app is a book made for the iPhone and iPad and includes over 127 recipes, 100 minutes of HD video tutorials, 800 photos of step by step slideshows, a massive event-planning guide and a quick reference search and glossary.

If you’re planning on hosting a party for the holidays this app looks to be an important tool in your arsenal. 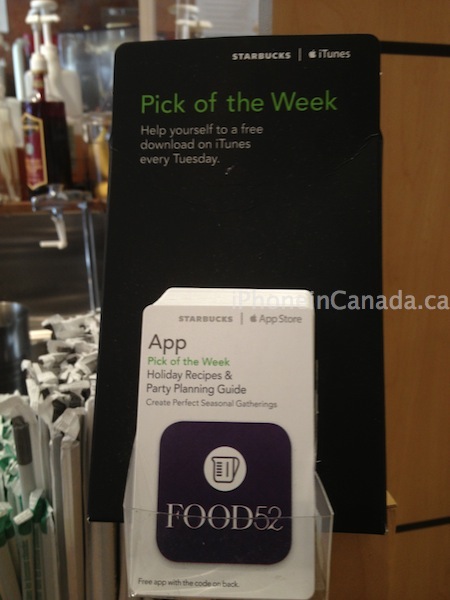 You will be able to find promo codes at your local Starbucks near the counter where you pick up your drink. Let us know if you like this app!

Thanks @YVRBCbro for the pic

Update 1: 8 Promo codes below thanks to @YVRBCbro! 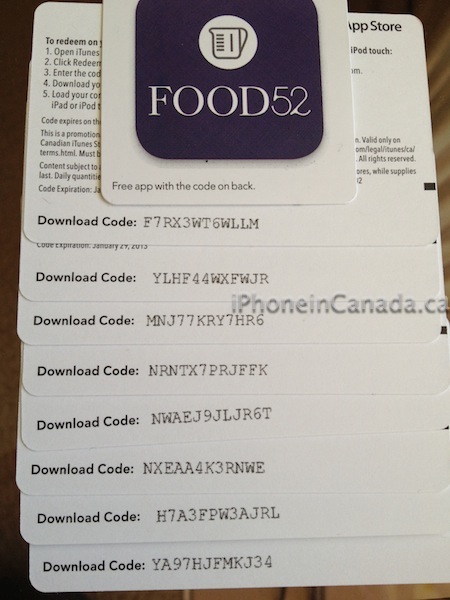 Update 2: 22 promo codes below thanks to @MatthewSantoro: 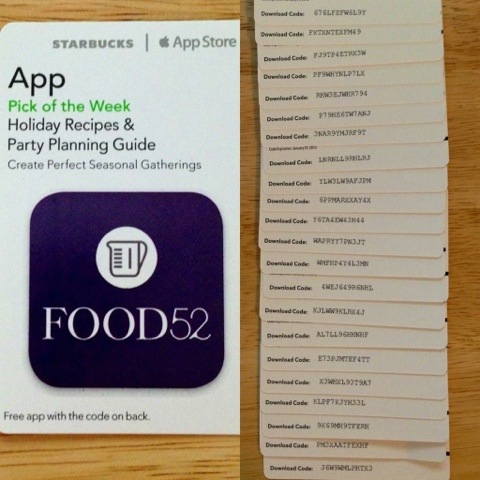