This week’s Starbucks App Pick of the Week is the $0.99 cent app, Pocketbooth. The app replicates a photo booth to allow you to take fun pictures with friends and family, either using the front or rear cameras of your iOS device.

You can customize different effects (ie Black and White, Sepia, etc.), pose options and paper stocks. The app is AirPrint enabled and you can easily share photos via email and social networks and save to your camera roll.

A recent update brought iOS 6 compatibility, with iPhone 5 screen support coming in a few weeks. You can find cards for Pocketbooth at your local Starbucks near the drink pick up counter. Below are some free promo codes (thanks @swotam) for you to enjoy (here’s how to redeem a promo code): 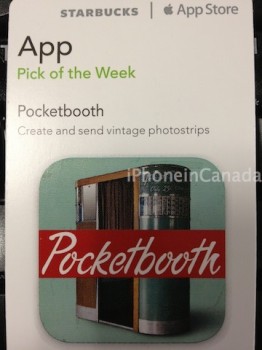 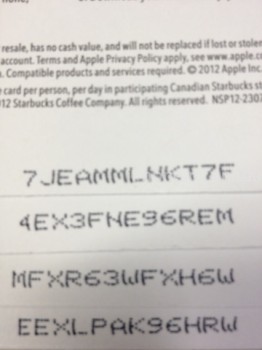 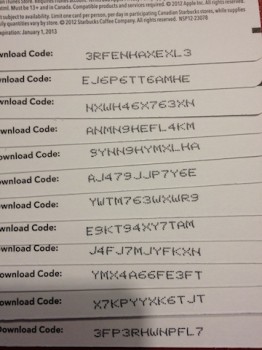 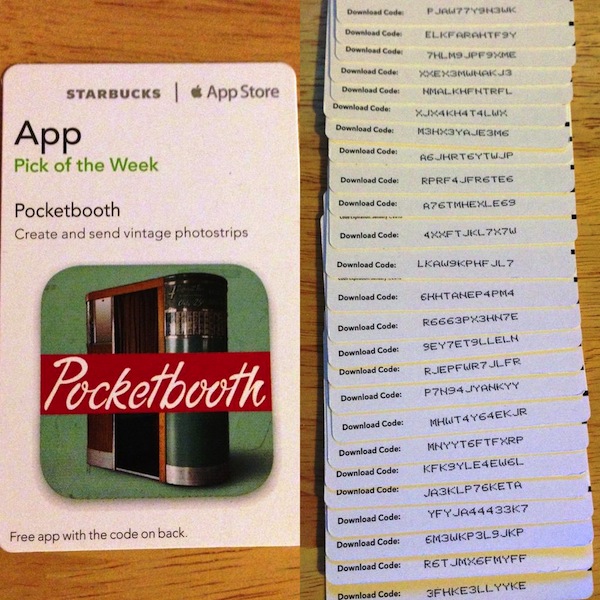