Starbucks has released their highly anticipated iOS 7 iPhone update in the USA and Canada, which brings a brand new design plus new features such as “Shake to Pay” and digital tipping for American stores.

Starbucks locations in Canada have been teasing the new iPhone update with promotional cards near the drink pick up counter, such as the one pictured below (oh, and here are some promo codes to enjoy—thanks Jeremy!): 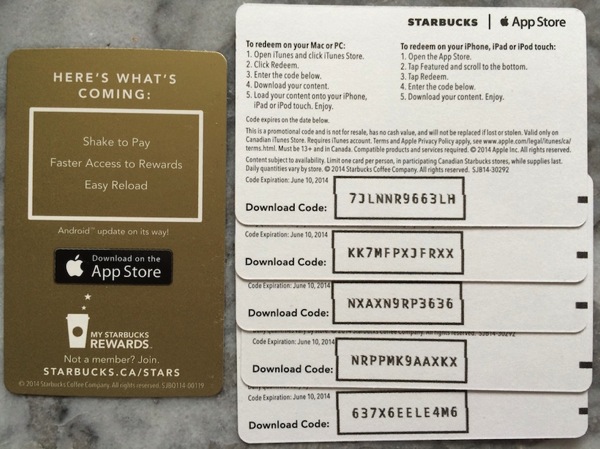 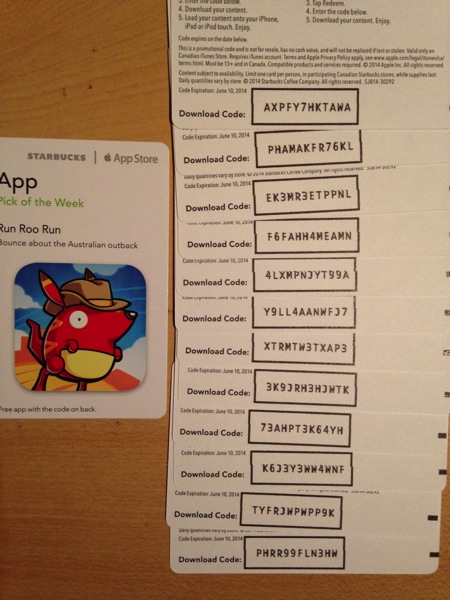 Click here to download the new Starbucks iPhone app. The Starbucks Canada app is no longer being updated and this new app is for both countries.

Update: We have updated this article to reflect the new Starbucks iOS 7 app is a download for both countries. So go get it!

Update 2: Here are some observations on this new app:

Update March 25: Starbucks has sent out an email to customers saying the ‘old’ app will be discontinued and can be deleted once you sign into the new one (which will require your password).