Ahead of the holiday gift cards onslaught, when you tap the Cards tab and tap “+ Add card”, there is now an option to scan your gift card by tapping the barcode icon as shown below: 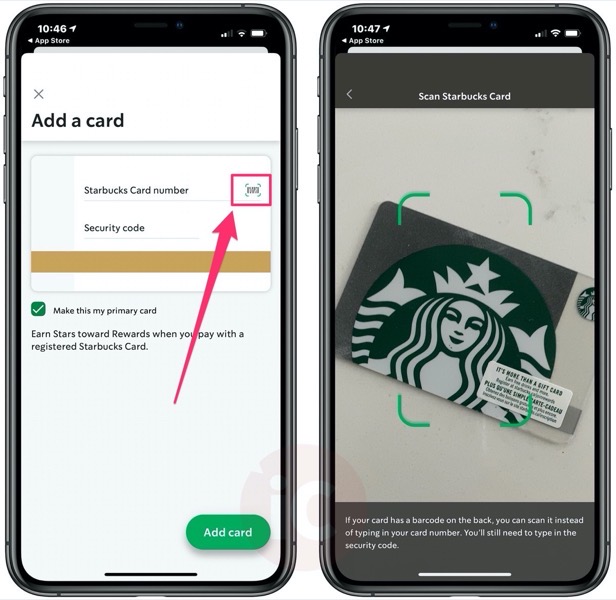 Starbucks explains, “If your card has a barcode on the back, you can scan it instead of typing in your card number. You’ll still need to type in the security code.”

Click here to download Starbucks for iPhone in the App Store. The update also addresses some login issues and fixes bugs as well.