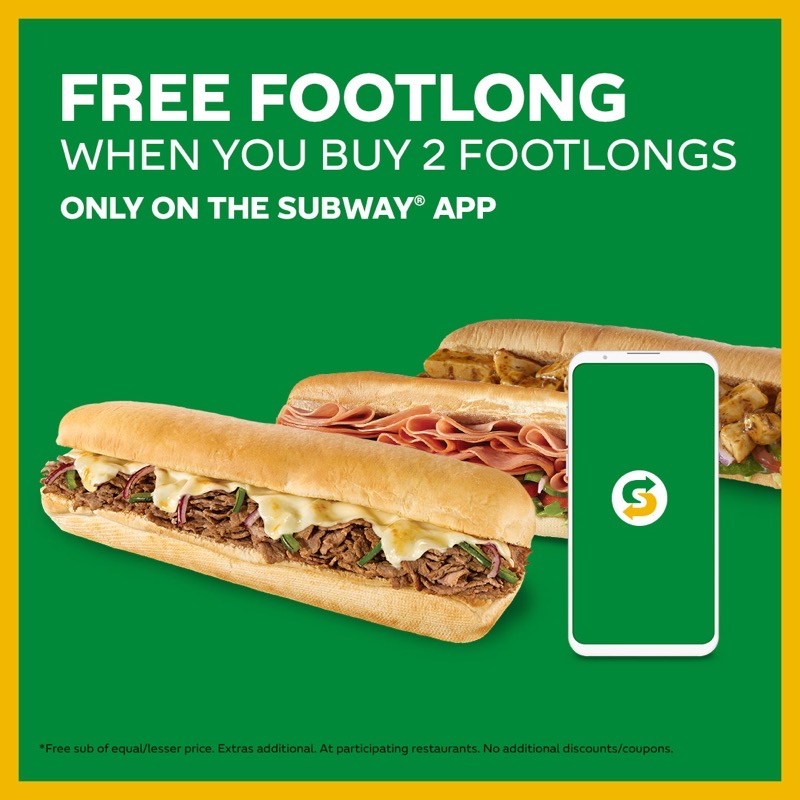 Subway Canada explained to us in an email, customers ordering via the company’s app can get a free footlong when they order two footlong sandwiches of equal or less price. In other words, buy 2 and get 1 free.

Curbside pick-up is the sandwich chain’s new contactless takeout option, available right within the Subway mobile app. Just select the “Curbside Pick-Up” option before payment, then identify your vehicle type for staff to located you. When you arrive at Subway and park in a designated spot, just tap “I’m here” in the app and staff will bring out your order on a tray.

Subway says this promo is available until February 28, 2021.