You may have heard of an upcoming movie called “Super 8”, due June 2011. With the movie releasing soon, a new app called Super 8 was recently released in the App Store.

At first thought you would think the app is all about the movie with advertisements galore. In fact, the app is a photography application giving users a vintage-looking film camera on their iPhone!Â Using Super 8, you can make your own vintage movies and add lens, filter and shake effects (shake is particularly neat), arrange clips and scenes and also add your own credits.

When you are finished recording a video, the app enables users to view the video and export it from the personal movie library.Â The app is actually a fantastic camera application, especially considering that it is free!

Â» PROJECTOR
– Pull Down Screen to Start Movie
– Reverse, Pause/Play and Forward Playback Controls
– Share (email movies or save them to a computer via iTunes)

Â» CASE
– Access Your Camera
– Open Your Movie Library
– Super 8â„¢ Instruction Manual
– Found Footage: playback your movies to see if they reveal missing frames from the S8 Editing Room film! Be the first to collect all the frames to unlock a new clip at S8editingroom.com! 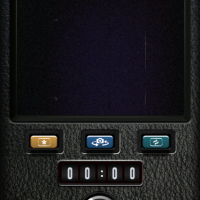 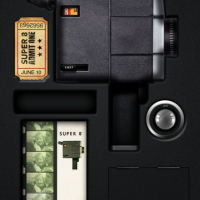 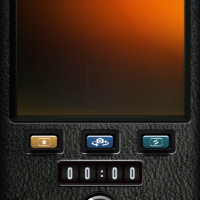 Super 8 is available in the App Store for free.