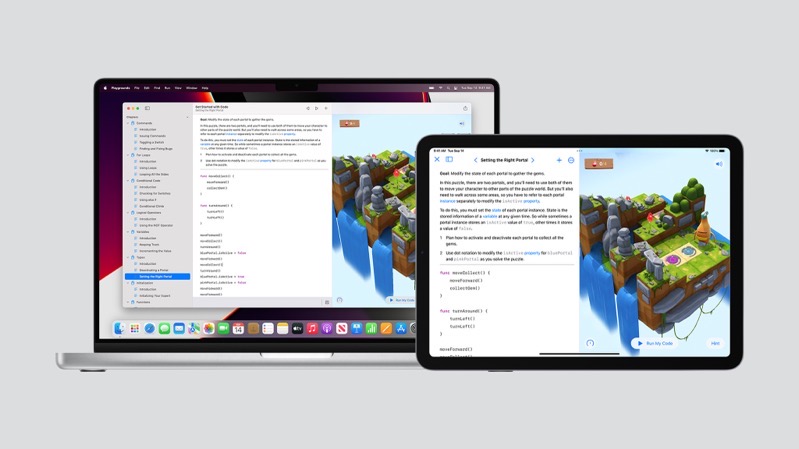 Apple has released Swift Playgrounds 4 in the App Store, available for download on the iPad.

Apple originally teased the update back at WWDC, touting how Swift Playgrounds 4 would let developers create an app from start to finish, right on the iPad. Now it’s available for download and will be ready for kids and adults as they unbox new iPads for the holidays.

Apple told developers today, “Swift Playgrounds is the best and easiest way to learn how to code. And with Swift Playgrounds 4, you have the tools to build iPhone and iPad apps right on iPad and submit them directly to App Store Connect, providing a new way for you to easily create apps and share them with the world.”

“Code is immediately reflected in the live preview as you build apps, and you can run your apps full screen to test them out. A new open project format based on Swift packages can be opened and edited in Swift Playgrounds for iPad, as well as within Xcode on Mac, offering you even more versatility to develop apps across iPad and Mac,” explained Apple.