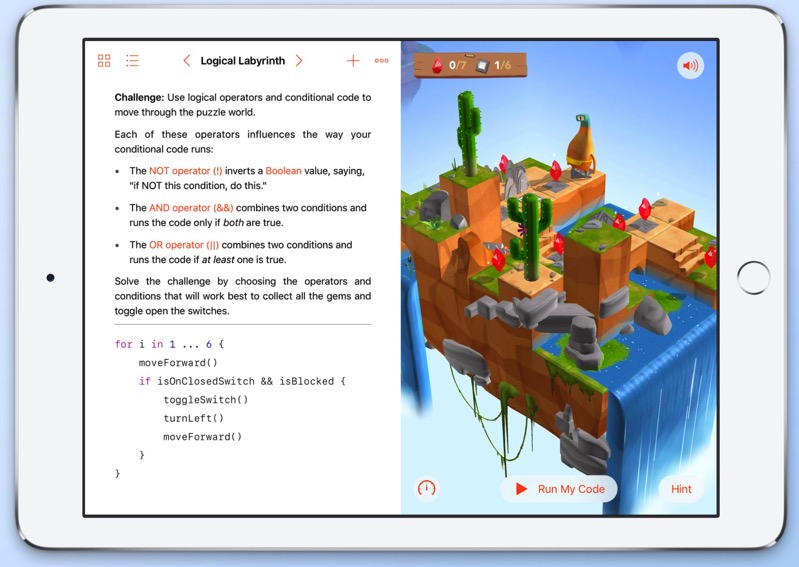 “The Swift Playgrounds app has helped people of all ages learn the basics of coding, and with more than a million downloads to date, customers and students find it an easy and fun way to get started with Swift,” said Tim Cook, Apple’s CEO. “Hundreds of thousands of iPhone and iPad apps, including some of the most popular in the App Store, use Swift — a programming language we designed to be both powerful and easy for anyone to learn.”

With the addition of Simplified Chinese, Apple continues to support China, one of its biggest markets. Xiaoming Bao, from Hangzhou Foreign Languages School, said in the company’s press release, “Swift Playgrounds is the perfect app to help our students learn to code, and I’m very excited students in China are now are able to use it with Simplified Chinese support.”

The updated Swift Playgrounds for iPad update is now available in the App Store. It also includes support for MapKit and Swift 3.1.